La Traversée & Rita-Adèle Beaulieu | Bota Bota, spa-sur-l'eau
We use cookies to offer you content, publicities and services tailored to your interests and to compile visit statistics. By continuing to use this website, you agree to our use of cookies unless you have disabled them through your browser. For more information, please see the Terms and Conditions.
I accept 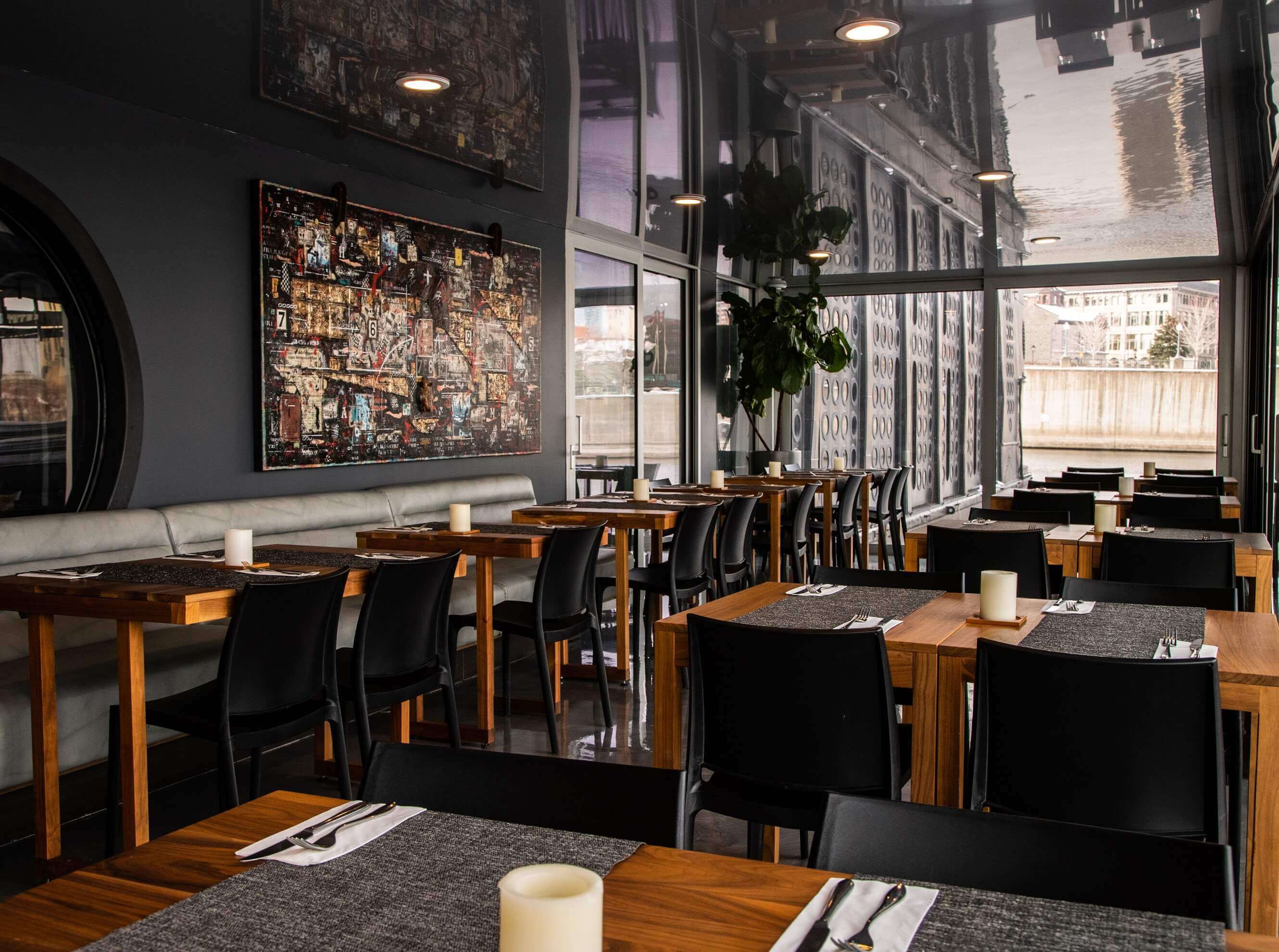 Rita-Adèle Beaulieu is a woman of character. Behind her big dark eyes, there is a certain tenacity, which makes her a quality chef in Montreal. Present at the Bota Bota restaurant, La Traversée, for the last 3 and a half years, we meet up so she can tell me about herself, her career and her choices, rooted in a politicized and eco-responsible reality.

A taste of politics

At a very young age, she discovers a strong interest in cooking, “I started cooking because of Lebanon. From 14 to 16 and a half years old, I was in a relationship with a boy whose father-in-law was Lebanese. They lived in a precarious financial situation and I was fascinated by the ease he had to open the fridge and create amazing meals with 3 ingredients. It was always so good. ” Today in the kitchen, Adèle takes on the same approach: doing a lot with little.

Lebanon is not the only country linked to her culinary career. “It is politics that interest me. It is everywhere and especially in food; in the choices we make regarding what we consume. ” With this in mind, the countries of Mexico and Palestine, among others, find themselves in your plates when you have lunch at La Traversée. Rita-Adèle takes a certain pleasure in educating herself on the news, and highlighting certain regions of the world. Syrian cakes, a dessert from Burkina Faso, the whole world is offered to your taste buds.

Eco-responsability on board and on land

A conscious and eco-responsible consumption, that is what Rita-Adele strives for. “When I was little, I wrote to politicians, to the prime minister, asking them what they were planning on doing regarding certain ongoing crisis…”

On board, there is no room for food waste. Each piece of food, whether it be chives or bread pieces, is recovered to be integrated in one way or another to a dish. “It’s really something I really care about,” she insists.

80% of food purchases are made locally. “We went to get pears ourselves from a farmer near Granby. Putting our hands to work like that, it is very nourishing.” She tells me before confessing she hates puns with a smile.Because of its overconsumption, beef is struck off of her list, as is salmon, which is replaced with rainbow trout, produced locally and still on the green list.

The floating terrace of the Bota Bota also participates in on-board consumption with its small garden set up in 2019. Summer and winter, it adds colors and flavors to your plates. “This motivates the cooks; in the morning they are happy to take care of the garden. ” A nod to the Peruvian philosophy close to her heart; that of taking care of the ground which we take from. She tells me later that the garden is watered with water from the river. An initiative she can be proud of.

Although her dishes militate for a cause, Rita-Adèle also sprinkles a pinch of nostalgia and memories in her creations: the Pavlova for her recently deceased mother who was a dancer, the gooseberries for the birds she loves so much … “Boiled egg, because it reminds me of Sundays, ” she confides with dreamy eyes.
Sweet and savoury memories she hopes will give Bota Bota passengers a taste of travel and awareness. “Be conscious, do not waste, do not eat too much, know where to give your money.”