Tiny houses: an increasingly big movement | Bota Bota, spa-sur-l'eau
We use cookies to offer you content, publicities and services tailored to your interests and to compile visit statistics. By continuing to use this website, you agree to our use of cookies unless you have disabled them through your browser. For more information, please see the Terms and Conditions.
I accept 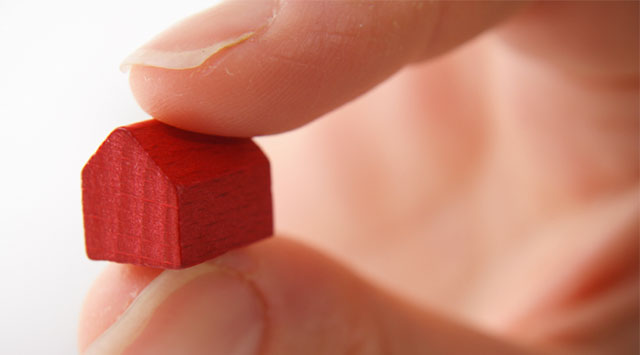 Less is more: that’s the motto of tiny house supporters. These environmentally friendly, mobile, affordable, and… tiny dwellings are gaining popularity at an alluring speed; what gives?

In North America, families are increasingly smaller, while houses tend to be bigger and bigger; advocating voluntary simplicity, the tiny house movement aims to counter this phenomenon (tiny houses are generally less than 400 sq. ft.). Though there are many reasons to subscribe to the movement, environmental and financial preoccupations, as well as a quest for freedom, are among the main motivators for choosing this minimalist lifestyle. While most households spend at least a third of their revenue on maintaining their property – when they’re not simply accumulating debt – tiny houses turn out to be a great way to counter financial woes. In the United States, 68% of those with tiny houses have no mortgage debt, compared to only 29.3% of those who own conventional homes. After all, these small havens of peace only cost $32,000 on average.

Though the movement was born in the United States, Quebec is not to be outdone: the province also has its share of followers, and it’s growing every day. Facebook pages dedicated to the movement and innovative real estate projects are popping up everywhere – such as Les Hameaux de la Source, in the Laurentians, which will soon provide Quebecers with an opportunity to build their own tiny houses in the great outdoors.
Jay Shafer, the movement’s founder, now based in Iowa, has lived in a tiny house since 1998. “There has been increasing demand for well-designed, affordable homes. (…) The houses I currently offer (…) are designed (…) to provide homeowners with everything they want and need, and nothing they don’t”, states the guru on his company’s website, Four Lights Tiny House.

There’s no room for clutter when you live in such a restrained space, and that’s something Dee Williams understands well. The 51-year-old author of The Big Tiny lives in 84 square feet and takes inventory of everything she owns: currently, she can count 305 objects, down to the last fork! Following a heart attack, Ms. Williams decided she no longer had any time to waste on chores, and opted for a simpler life. She says living in a tiny house has helped her focus on the important things, spend more quality time with herself and others, and feel closer to nature: “In a big house, it’s easier to ignore what’s going on outside. Or you’re constantly trying to compete with nature through your thermostat. I’m more into collaborating with nature now”, she told the NY Times last April. In her book, she describes the enchanting scent of fresh cedar that fills her humble abode, and the pleasure with which she’s rediscovered the four elements.

Beyond the bucolic aspect of this life à la Henry Thoreau, subscribing to the tiny house movement involves a radical change in our consumption habits. Though this lifestyle isn’t for everyone, wouldn’t we all like to spend less time cleaning the floors, and more time relaxing with our loved ones? Indeed, many tiny housers agree that freeing themselves of excessive material possessions has helped them find inner peace. Have they discovered the secret to happiness? Either way, it seems “Think small” has become the leitmotif of the new American dream.