The benefits of the sauna on Alzheimer's disease | Bota Bota, spa-sur-l'eau
We use cookies to offer you content, publicities and services tailored to your interests and to compile visit statistics. By continuing to use this website, you agree to our use of cookies unless you have disabled them through your browser. For more information, please see the Terms and Conditions.
I accept

The benefits of the sauna on Alzheimer’s disease 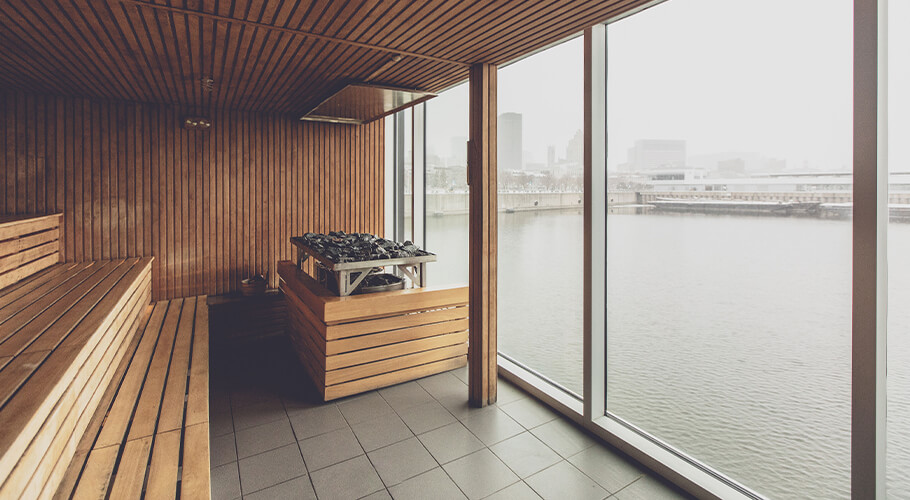 Alzheimer’s disease, a chronic neurodegenerative disease, has raised a plethora of questions for many years. Over time, it causes, in those affected, a deterioration of memory and thinking skills. To this day, Alzheimer’s is irreversible, but research continues to look for solutions. Dr. Planel and his team recently announced a discovery that offers a glimmer of hope in the darkness of this little understood disease.

What is Alzheimer’s disease?

Born and raised in France, Emanuel Planel, a doctoral student in neuroscience and a former agricultural engineer, turned to the study of Alzheimer’s disease following a chapter of his life spent in Japan. In 2008, he obtained a professorship at the University of Laval in Quebec, and has since worked there to learn more about this disease.

“Alzheimer’s is a multifactorial disease, that’s why it’s complicated,” he explains. This is also the reason why there is still no medicine to treat it.

There are many symptoms of Alzheimer’s disease. Among them, memory problems, but also, disorientation and communication difficulties, to name a few.

What are the benefits of using a sauna?

At Bota Bota, the sauna is one of the major pillars of the on-site experience. First stage of the water circuit, it constitutes the “hot” portion of it. Used for 10 to 15 minutes, its benefits are numerous.

Its analgesic properties provide a deep relaxation of muscles, relief of pain and aches. Its ambient heat makes it possible to keep blood pressure low, and to create a certain amount of sweat which eliminates impurities and toxins from the body.

The effects of sauna-use on Alzheimer’s disease

Inspired by numerous studies on this topic, Dr. Planel’s team focused on the correlation between heat and its benefits on Alzheimer’s disease. Their experiments focused on transgenic mice that expressed human tau protein. The importance of phosphorylation of aforementioned protein is directly related to the severity of symptoms of Alzheimer’s disease in humans.

By imitating the effects of a sauna on these mice, they realized that their tau cells were undergoing an alteration. These results followed several studies conducted with humans, notably in Finland, in 2017.

“Some people want to turn to home spas.“ says Dr. Planel. However, he insists on the importance of carrying out these activities in a supervised and thoughtful manner. “With older people, if there is onset of dementia, they may not be aware of the time spent in a sauna, nor of the sensation of hot or cold, which can lead to a form of malignant hyperthermia. »

“What you need to know is that these are long-term results. » The sauna is by no means a miracle cure; it would above all reduce the effects of Alzheimer’s disease and not irradiate it completely.

Studies done in the past focused on people who were not affected by the disease. Today, some studies are underway on people with Alzheimer’s disease. “The results should come out in a few years. We hope they will be positive”, concludes Dr. Planel confidently.