Drink up Some Warmth | Bota Bota, spa-sur-l'eau
We use cookies to offer you content, publicities and services tailored to your interests and to compile visit statistics. By continuing to use this website, you agree to our use of cookies unless you have disabled them through your browser. For more information, please see the Terms and Conditions.
I accept

Drink up Some Warmth 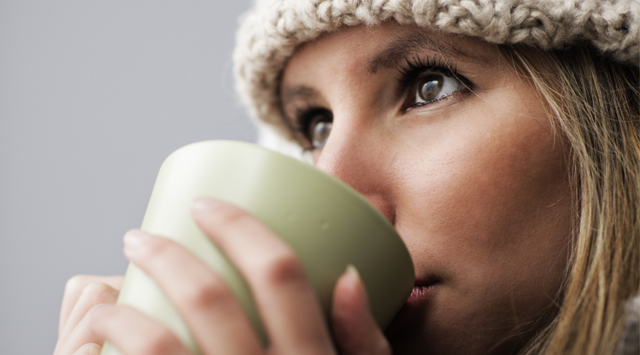 Once again, it’s that time of year when the air turns nippy, and scarves and heavy coats are called into service. As the fall days lazily pass by, warmth becomes an increasingly rare and precious commodity.

There are numerous ways of getting your fair share of it: slipping into cozy slippers and curling up under a blanket; sitting by a crackling fire; savouring a hearty, piping hot meal; enjoying a long, relaxing soak in the bathtub. Yet it seems like the most comforting manner of absorbing warmth is to sip it slowly.

In that spirit, here are a few recipes for easy-to-make hot beverages that will help you face the frigid season. Savour them all bundled up in your layers, letting the warmth seep into your skin as you cradle the hot mug in your hands.

Preparation
– In a bowl, mix the baked squash, soy milk and spices.
– Heat until hot, without bringing to boil.
– Pour espresso into a cup, then incorporate squash mixture.
– Yields 1 cup.