Architecture at the Service of Well-Being | Bota Bota, spa-sur-l'eau
We use cookies to offer you content, publicities and services tailored to your interests and to compile visit statistics. By continuing to use this website, you agree to our use of cookies unless you have disabled them through your browser. For more information, please see the Terms and Conditions.
I accept

Architecture at the Service of Well-Being 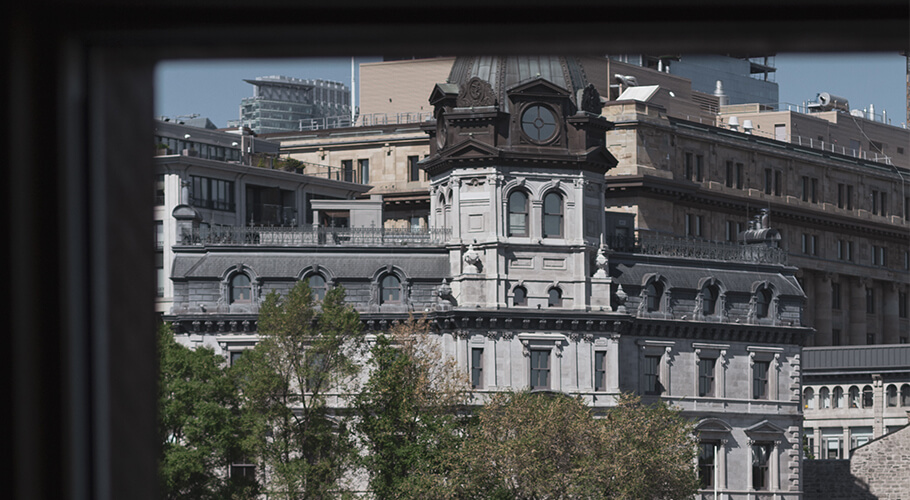 “Architecture should speak of its time and place but yearn for timelessness.” The words of Frank Gehry, the great American Canadian architect, transcend time. From architecture, we retain at first glance the importance of having a roof over our heads and walls on which to rely. But are a roof and walls enough? What about well-being in the face of a concrete jungle? Should timelessness be the goal of any architect at the expense of the climatic and social urgency of an era? We are taking a look at the foundations of a transitioning society.

Can Architecture Have an Impact on Well-Being?

“Architecture is fundamental to people’s well-being,” says Jean Pelland, principal architect when Bota Bota was created more than ten years ago. According to him, architecture is above all a form of applied art. “The well-being and comfort of everyone is inherent in everything we do when working on a project. »

There are many criteria that allow a place to offer comfort. Charline Lezerac, architect in training and former employee of Bota Bota mentions the importance of sustainability in architecture. “It is our duty to question our environmental impact, how we consume. It’s prioritizing people’s long-term well-being.”

This is how new building certifications prioritizing the health and well-being of users have emerged, such as the WELL certification. This one, considered the most demanding in the world, will have established a basis of fundamental principles to follow.

“But it goes far beyond this certification,” argue Jean and Charline. According to them, it is about having a complete philosophy focused on well-being. “We have reached a time when every gesture counts. Thus, not building would, for example, be better than building something poorly.

Nature and light are fundamental keywords in today’s and tomorrow’s architecture. “It’s a work on the proportions of things. Natural light is key. “, explains Jean. This goes hand in hand with biophilic design, that of integrating nature into its environment, in order to promote comfort for those who inhabit it. “It’s an increasingly common job for architects,” Jean tells me. In a post-pandemic society, people have returned, more than ever, to comfort of their own home.

Several studies have been conducted to prove the positive effects of a biophilic space on health, in a very concrete way. “In hospital settings, some research suggested that patients in direct eye contact with plants had a shorter recovery period,” Charline informs me.

Unfortunately, public order projects that could bring a similar quality of well-being to the one mentioned above often come up against systemic walls. If the people who govern these systems do not have a long-term vision, future and ongoing studies will be major assets in building a better future.

“What is important is to think about the relationship people want to have with their work, to take into account what has fundamentally changed over the years.” The pandemic is just one of many factors that will have changed our view of work and how we approach it daily. “Workplaces are starting to evolve,” continues Charline. “We are less on the road; we allow more work from home, and we are more productive in less time. The 4-day week is becoming more and more important. Companies have every interest in evolving to allow this diversification.”

The glorified vision of work in an exacerbated consumer society is gradually beginning to change, and this is how places are shaped according to needs. “We want spaces so that people can take more restorative breaks during the day and be in more contact with nature and light”.

It is also a question of rethinking professional spaces to give them several uses. If city center towers end up half disused, why not think up a second life for them? “You must think of all the alternatives. A restaurant can also be a collaborative workspace, a spa can become a conference venue…” The options are numerous. Better integrating environments means offering architecture the chance to better inhabit the space it occupies.

Bota Bota is a perfect example of this recycling of material goods. A former ferry, this one will have lived several lives before being moored at the Old Port. A feat of which Jean Pelland is still very proud today. “Translating the idea of ​​the spa from land to water guided its design from the start. One of its main characteristics is its environment. It is a rather incredible panorama. »

The House of the Future

“Good question!” Jean exclaims when I ask him to describe what the “house of the future” looks like. This question raises some thought. Imagining the future in the current context is a nebulous exercise. “It is in a very open environment that is really connected to nature. A place where you achieve great transparency between the inside and the outside”. We thus imagine a dwelling around and in which nature regains possession of its space. It is also a place that brings people together, that unites, “something more convivial, less focused on appearances. »

With an increasing shortage of accessible housing, the house of the future invites us to rethink the distribution of families within our communities. What if the obvious answer lies in the communion of lives and goods under one roof?

“My hope for the future is that of degrowth,” admits Charline, “like a house in which we will share certain resources.” She mentions the option of a large terrace that could be shared by two or three families, or the possibility of living with several family members, such as grandparents. “How about sharing a lawnmower for 6 families? »

In addition to a physical location, the question of the house of the future raises others. What about the evolution of our streets, our neighborhoods, our cities? “A coexistence of populations is important. Taxes would be better distributed and schools, for example, would be funded more equally. There should also be a more diverse social and economic mix. People would, among other things, have to travel less in the city.” Elements which, taken together, offer the prospect of a more sustainable future.