The Power of Vitamin E | Bota Bota, spa-sur-l'eau
We use cookies to offer you content, publicities and services tailored to your interests and to compile visit statistics. By continuing to use this website, you agree to our use of cookies unless you have disabled them through your browser. For more information, please see the Terms and Conditions.
I accept

The Power of Vitamin E 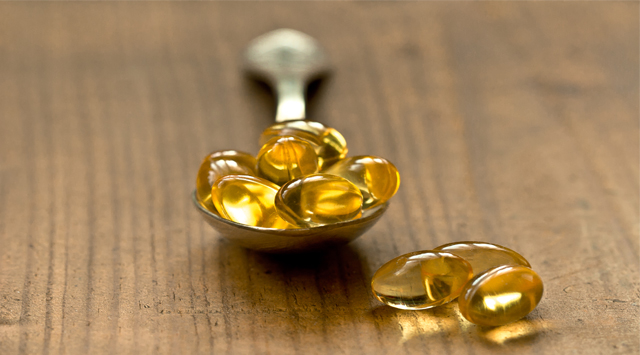 Much has been said about vitamin E of late. Claims about its health benefits abound. But how can we tell fact from myth, and what is the real power of Vitamin E?

To begin, let’s consider its history. Since its discovery in 1922, health benefits, whether proven or not, have always been attributed to it. Synthetic vitamin E was first produced in 1938, though it would only be in 1968 that the U.S. National Research Council recognized its nutritional value. Since then, countless studies have been conducted, with sometimes contradictory findings. A healthy dose of scepticism is recommended.

Proven benefits
We know for sure that vitamin E is a powerful antioxidant. It protects human cells against the harmful effects of free radicals, and in fact, even inhibits their production.

As a result, vitamin E lends itself to an impressive variety of applications. Synthetic vitamin E is mixed with food packaging materials to help preserve freshness. It is consumed as a dietary supplement to ward off the symptoms of stress or to relieve menstrual problems. And because it stimulates the natural process of cell growth, it is used to maintain healthy skin. In fact, vitamin E is an active ingredient in a wide array of skin creams, chiefly because of its anti-wrinkle properties.

Vitamin E occurs naturally in most vegetable oils (olive, soy, sunflower, wheat germ, and so on), as well as in dark green leafy vegetables, nuts, avocados, and meat and fish fats.

Unproven claims
It is said that of all vitamins, vitamin E has been subjected to the most intense scientific scrutiny. But why, exactly?

Apparently, ever since its antioxidant properties were first noticed, big hopes have been heaped on it. Scientists have conducted study after study on the potential benefits it might have on diseases and conditions associated—however tenuously—with free radicals. However, a consensus has yet to be reached regarding the findings of all this research. So be sceptical of claims that vitamin E helps prevent Parkinson’s disease, cataracts or Alzheimer’s. No such thing has yet been proven.

Physicians recommend particular caution regarding claims of vitamin E’s potential ability to prevent heart problems and prostate cancer. If the findings of certain studies are to be taken at face value, it actually does nothing to diminish the likelihood of these conditions. And it has even been suggested that an excessive dosage may in fact increase their occurrence.

In summary, as research stands today, it is best to consume vitamin E by eating foods that contain it. It may also be used on the skin if necessary. However, vitamin E dietary supplements are best avoided.