My father, the hero, portraits of fathers | Bota Bota, spa-sur-l'eau
We use cookies to offer you content, publicities and services tailored to your interests and to compile visit statistics. By continuing to use this website, you agree to our use of cookies unless you have disabled them through your browser. For more information, please see the Terms and Conditions.
I accept

My father, my hero 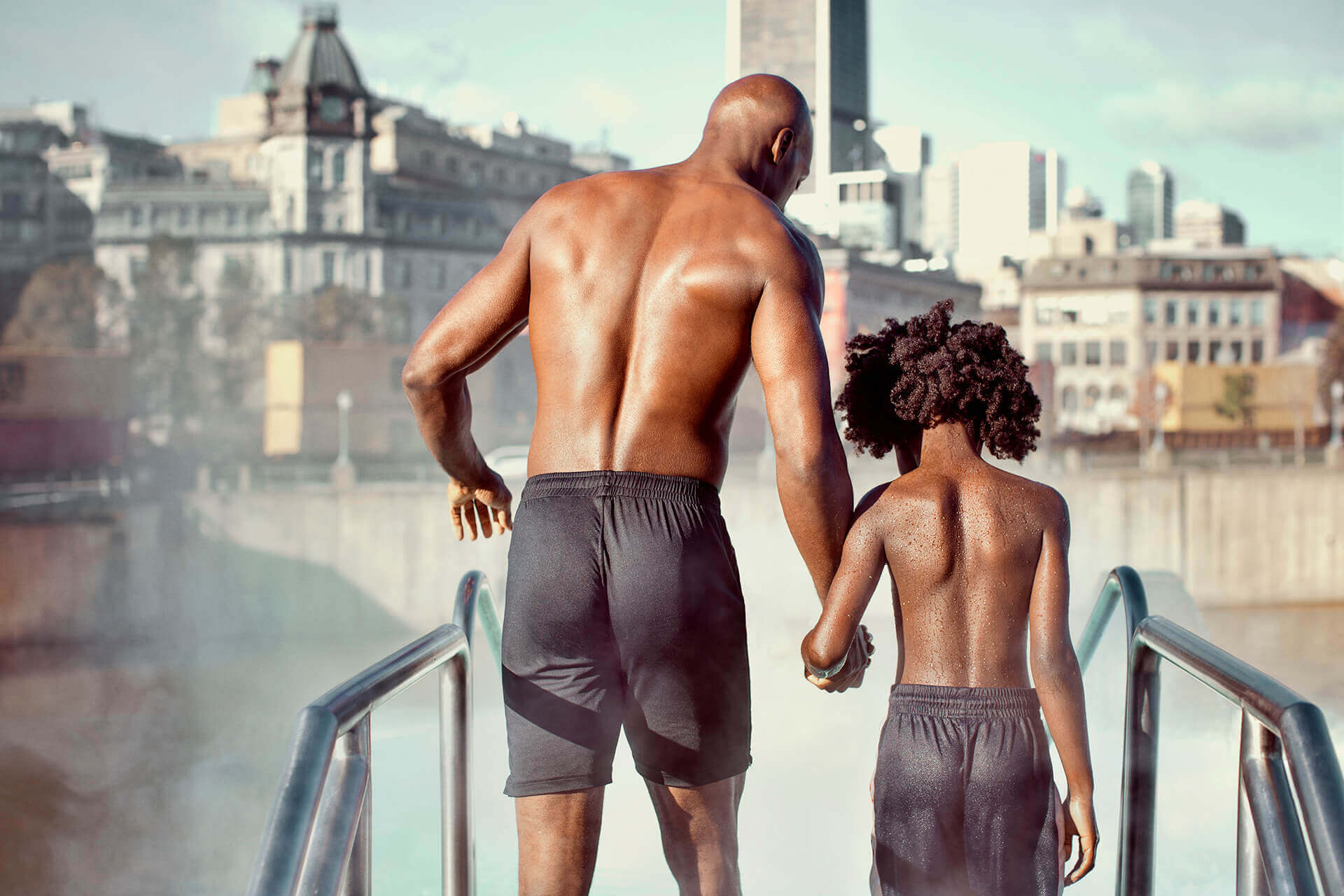 On June 16th, we will be celebrating Father’s Day. To mark this important day, I sat down with three of our sailors so they could tell me about their own fathers. A look back on these emotional discussions, filled with love.

Leaning on my desk, Sacha seems ready and eager to tell me about his father’s story. His deep voice evokes a happy childhood, governed by a caring but severe father: “I was lucky and had a golden opportunity to grow up with a father like him. He was stern, but not for nothing, it was to educate us, and he did a great job. “

Born in Haiti, he spent his life working hard to offer his future family nothing but the best. Automotive repair technician, cook, bus driver at the STM, he knew how to make his professional experiences adventures that led him from Haiti to Montreal, where Sacha and his brothers were born. “He constantly told us to give the best of ourselves,” recalls Sacha, “He told us that as young Haitians in Montreal, it was important to work hard to succeed in life, because here life is harder for black kids. “

The loss of his father three years ago is a daily reminder for him to never give up. He wears with pride many of his qualities: “I am persevering and optimistic, like him. The more time passes, the more it becomes obvious. No matter what I do, his words are present with me. ” Sacha knows the passion instilled by his father will pay off.

“I thank him for the gift of life that he gave me, for the laughter, the stories, the long lectures… and for his green thumb”, today, Sacha has taken over his father’s vegetable garden and continues to cultivate it, giving a portion of the vegetables to people around him, “It brings me a feeling of well-being”.

In order to continue in the footsteps of the one who guided him, Sacha intends to take a trip to Haiti. “It will surely bring a change of perspective on the idea I have of the country,” a life project, which he sees as a kind of pilgrimage, a way to thank his father.

Daniela tells me about Moldova the country she shares with her father. As a child in his small village in the USSR, he’d daydream, “When he’d see airplanes in the sky, he would hope one would stop to pick him up”.

Many years later, the journey he had been hoping for finally knocked on his door, with a trip to Portugal, “He saw that the situation in Moldova wasn’t going too well and many people were leaving elsewhere in Europe”. He repatriated his family to his side and went into the construction business, while his wife, a former nurse, started doing house maintenance, her diploma not being recognized in Portugal. “They did not feel really accomplished and they saw Canada as a better opportunity.”

Three years later, Daniela and her parents arrived in Montreal. Her father is still in construction, but this time as an entrepreneur, with his own business, “My father is a go-getter, he always told me that if I did not try anything, I would never get anything in return, and that motivates me. “

Despite a certain barrage of language, between Romanian, French and English, and the cultural differences that Daniela can feel between her and her father, she thanks him for the life full of adventures he got her to experience. “I have to focus on what he brought me and what he brings me today,” she says with a smile, “We do not do a lot of things together now, we are both so busy. But we have to find time and create moments to enjoy together. ” As we say good-bye, she promises to spend more time with him, aware of the love she has for him on a daily basis.

At only 25 years old, Jennifer impresses with her moving story, filled with dizzying turns, “I often say that my life is a dramatic comedy”.

Raised by a single-parent father, she remembers a happy childhood, that didn’t lack a thin, “an empty fridge is something I never experienced, it was kind of like Narnia”.

Later on, when she was only 11 years old, her father was diagnosed HIV positive. A difficult moment of which she speaks with wisdom, “He is my idol, he redefined so many things. Life gave him many lessons and he changed a lot. ” Through this experience, Jennifer has learned resilience, the power of change, how to redefine an event in life.

Father’s Day is above all a moment of introspection for Jennifer. Orphan at the age 14 following the death of her father, she sees this period as a moment for her, “What will be important for me, will be when I’ll myself be a parent eventually.” It is also an opportunity to thank the important figures who have been there, throughout her life, including Shonda, the mother of one of her friends, who took her under her wing, “Today, I have an atypical family, which I have to reconstructed on my own”.

“At the time, we were a bit of a strange family, but my father made me embrace being different, being original. It allows me today to have a life that is exciting and surprising. I’m able to live my truth. ” This confidence allowed her to excel in her studies and to walk, more than once, from Mexico to Canada. “He would have crazy ideas and would always want to take us along for the ride.  I was often the one who had to bring him back to order, “she confesses in a laugh.

The memories of her father are numerous, and Jennifer cannot help but tell them, her eyes shining with light, “I like to talk about my experience despite the trauma, in order to destigmatize the whole thing”. She carries her father’s advice and experience daily, giving her life the most beautiful hue, as a tribute, “I have fun, I’m alive. “. 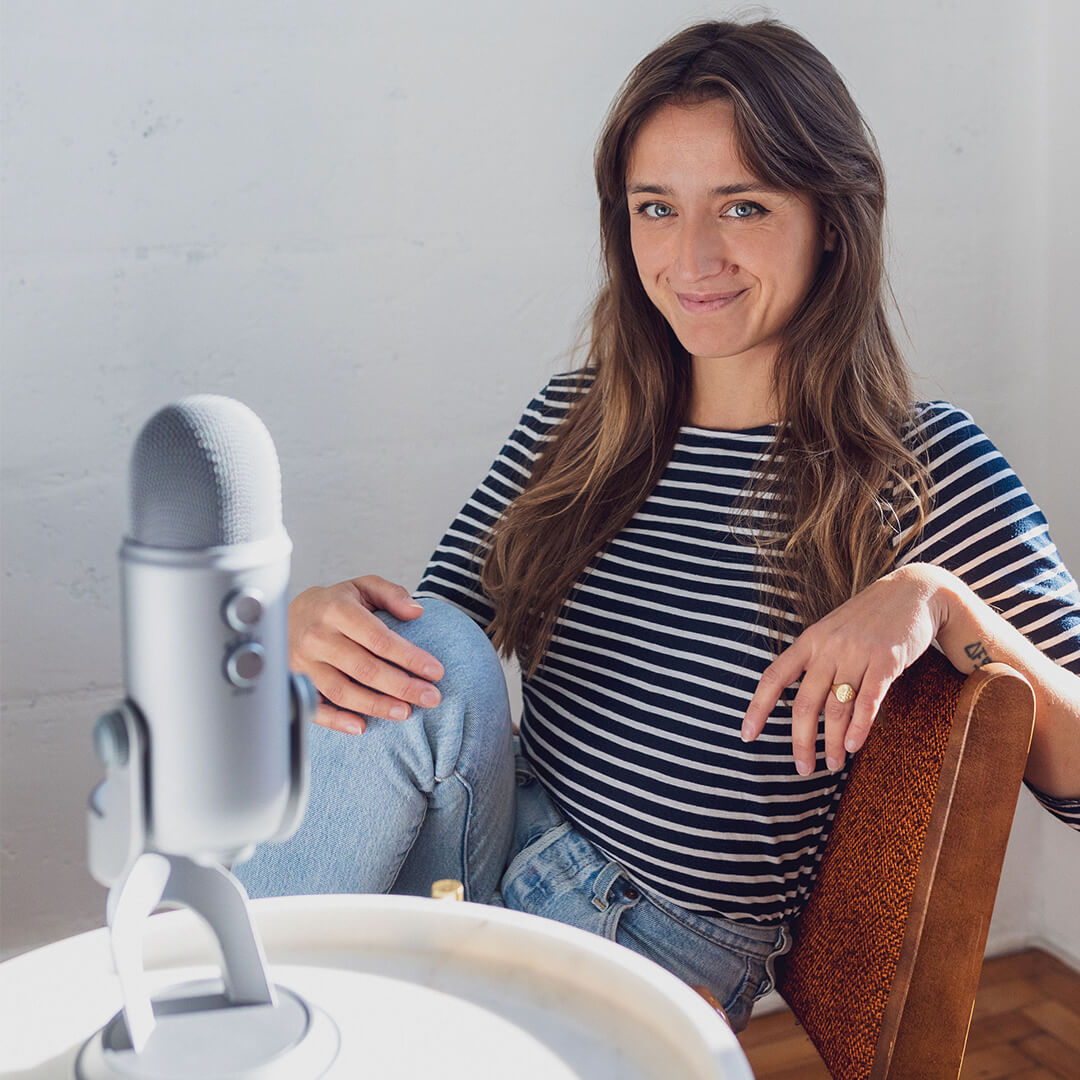