4 Books to Celebrate International Women's Day | Bota Bota, spa-sur-l'eau
We use cookies to offer you content, publicities and services tailored to your interests and to compile visit statistics. By continuing to use this website, you agree to our use of cookies unless you have disabled them through your browser. For more information, please see the Terms and Conditions.
I accept 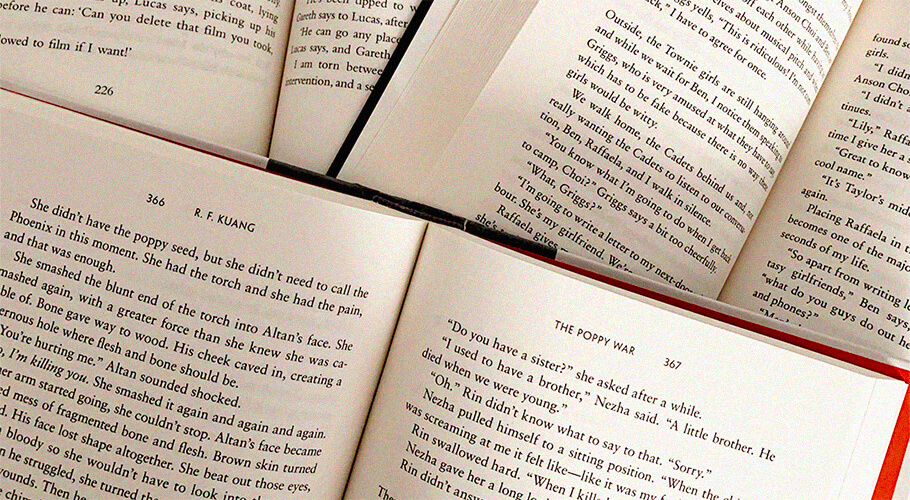 International Women’s Day is celebrated on March 8 of every year, and serves as a reminder of the legacy and achievements of those we admire. This year, we commemorate this celebration of womanhood by rounding up four of our favourite books written by women.

Anaïs Barbeau-Lavalette never knew her mother’s mother. Curious to understand why her grandmother, Suzanne, a sometime painter and poet associated with Les Automatistes, a movement of dissident artists that included Paul-Émile Borduas, abandoned her husband and young family, Barbeau-Lavalette hired a private detective to piece together Suzanne’s life.

Suzanne, winner of the Prix des libraires du Québec and a bestseller in French, is a fictionalized account of Suzanne’s life over eighty-five years, from Montreal to New York to Brussels, from lover to lover, through an abortion, alcoholism, Buddhism, and an asylum. It takes readers through the Great Depression, Québec’s Quiet Revolution, women’s liberation, and the American civil rights movement, offering a portrait of a volatile, fascinating woman on the margins of history. And it’s a granddaughter’s search for a past for herself, for understanding and forgiveness.

About the author: Cho Nam-Joo was born in 1978 in Seoul, South Korea. She graduated from the Department of Sociology of Ehwa Women’s University. She is a former television screenwriter and the author of two previous books, When You Carefully Hear (2011), winner of the Munhakdongne Novel Award, and For Comaneci (2016), winner of the Hwangsanbeol Award for Young Adult Literature.

We Should All Be Feminists by Chimamanda Ngozi Adichie

In this personal, eloquently-argued essay — adapted from her much-admired TEDx talk of the same name — Chimamanda Ngozi Adichie, award-winning author of Americanah, offers readers a unique definition of feminism for the twenty-first century, one rooted in inclusion and awareness. Drawing extensively on her own experiences and her deep understanding of the often masked realities of sexual politics, here is one remarkable author’s exploration of what it means to be a woman now—and an of-the-moment rallying cry for why we should all be feminists.

About the author: Chimamanda Ngozi Adichie grew up in Nigeria. Her work has been translated into thirty languages and has appeared in various publications, including The New Yorker, The New York Times, Granta, The O. Henry Prize Stories, Financial Times, and Zoetrope: All-Story. She is the author of the novels Purple Hibiscus, which won the Commonwealth Writers’ Prize and the Hurston/Wright Legacy Award; Half of a Yellow Sun, which was the recipient of the Women’s Prize for Fiction “Winner of Winners” award; Americanah, which won the National Book Critics Circle Award; the story collection The Thing Around Your Neck; and the essays We Should All Be Feminists and Dear Ijeawele, or A Feminist Manifesto in Fifteen Suggestions, both national bestsellers. A recipient of a MacArthur Fellowship, she divides her time between the United States and Nigeria.

Persepolis is the story of Satrapi’s unforgettable childhood and coming of age within a large and loving family in Tehran during the Islamic Revolution; of the contradictions between private life and public life in a country plagued by political upheaval; of her high school years in Vienna facing the trails of adolescence far from her family; of her homecoming—both sweet and terrible; and, finally, of her self-imposed exile from her beloved homeland. It is the chronicle of a girlhood and adolescence at once outrageous and familiar, a young life entwined with the history of her country yet filled with the universal trials and joys of growing up.

About the author: Marjane Satrapi was born in Rasht, Iran. She now lives in Paris, where she is a regular contributor to magazines and newspapers throughout the world, including The New Yorker, and The New York Times. She is the author of Embroideries, Chicken with Plums, and several children”s books. She co-wrote and co-directed the animated feature film version of Persepolis.